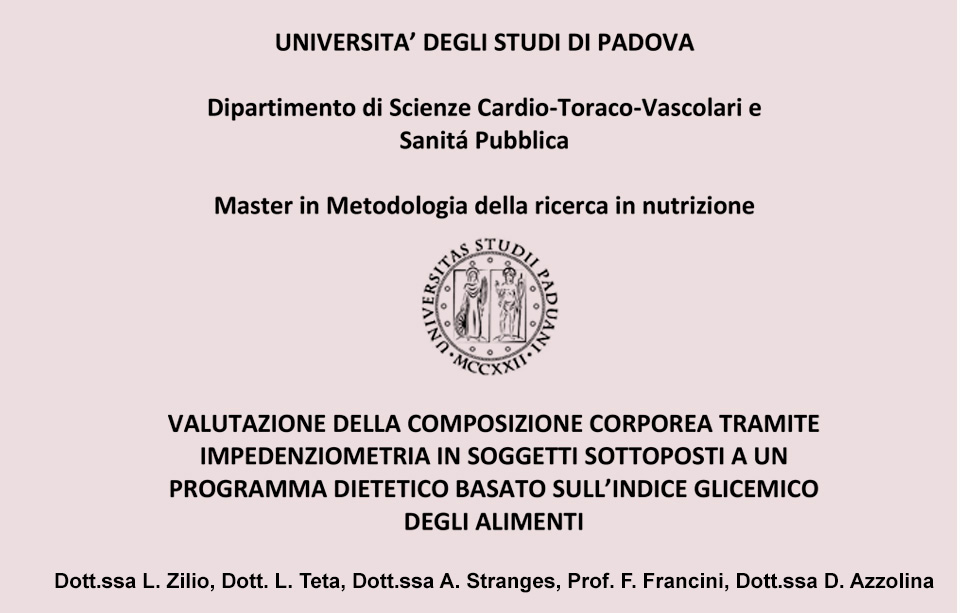 The Bioimis Nutritional Program was taken into consideration for a study involving Dr. Lucrezia Zilio during her Masters course in Nutrition Research Methodology at the University of Padua.

The bio-impedancemetry is a useful technique in a personalized nutritional path because it allows to determine the body composition of a subject.

With this study the variation of some subjects’ body composition (lean mass, fat mass and hydration status) is assessed before and during a calorie-free diet based on the glycemic index of foods to describe the trend of fat mass and lean mass through this nutritional approach.

16 people were involved (10 females and 6 males), to which a bio-impedance analysis (BIA) was applied together with the measurement of some bodily circumferences before starting their nutritional path as well as after one and two months from the beginning of the diet.

The total sample, but also in detail the male and female samples, had a good weight loss in the first two months as well as a reduction in the BMI.

The results show that the lost kilos mostly correspond to the fat body mass, which has undergone a good reduction, while the lean body mass has been maintained and has even slightly increased.